This year was certainly a busy one in branding. Mailchimp ousted my much beloved script by Jessica Hische in favor of a quirky new type treatment paired with playful illustrations. Dunkin’ Donuts downgraded its brand by six letters, removing Donuts entirely from its name in a move that winks a little too hard and too much like a Mad Men episode for my taste. And American Express managed to make its unassuming square less square by removing a cumbersome and unnecessary gradient.

There have been many memorable rebrands and refreshes, but my favorite of the year comes from the ACLU, which took this year as an opportunity to visually arrive in 2018. The ACLU has seen many identities since it was established in 1920. The most recent (designed in 2002) consisted of the ever-present Statue of Liberty and ACLU name in a boxed lockup that nodded cleverly to an American flag. It was safe, calm, and certainly “civic,” but in a vanilla way—more of a PTA newsletter than the storming of the Bastille.

In such a fraught political climate and with so much work to be done in this country, the ACLU seems to have recognized a need to bring something more daring to the table. The result is an ACLU wordmark that is bold and fearless, with kerning so tight that each letter connects like figures forming a line with arms linked. Interestingly, it also nods towards a similar iteration of the wordmark used in the 1980s.

The identity pairs with a large, bright color palette (14 in total) and halftone photography style to build a brand with a youthful spirit and the aesthetic of grassroots activism. These DIY-inspired elements are used with restraint in a balanced grid; there’s a clarity in design that ensures maximum legibility and accessibility. 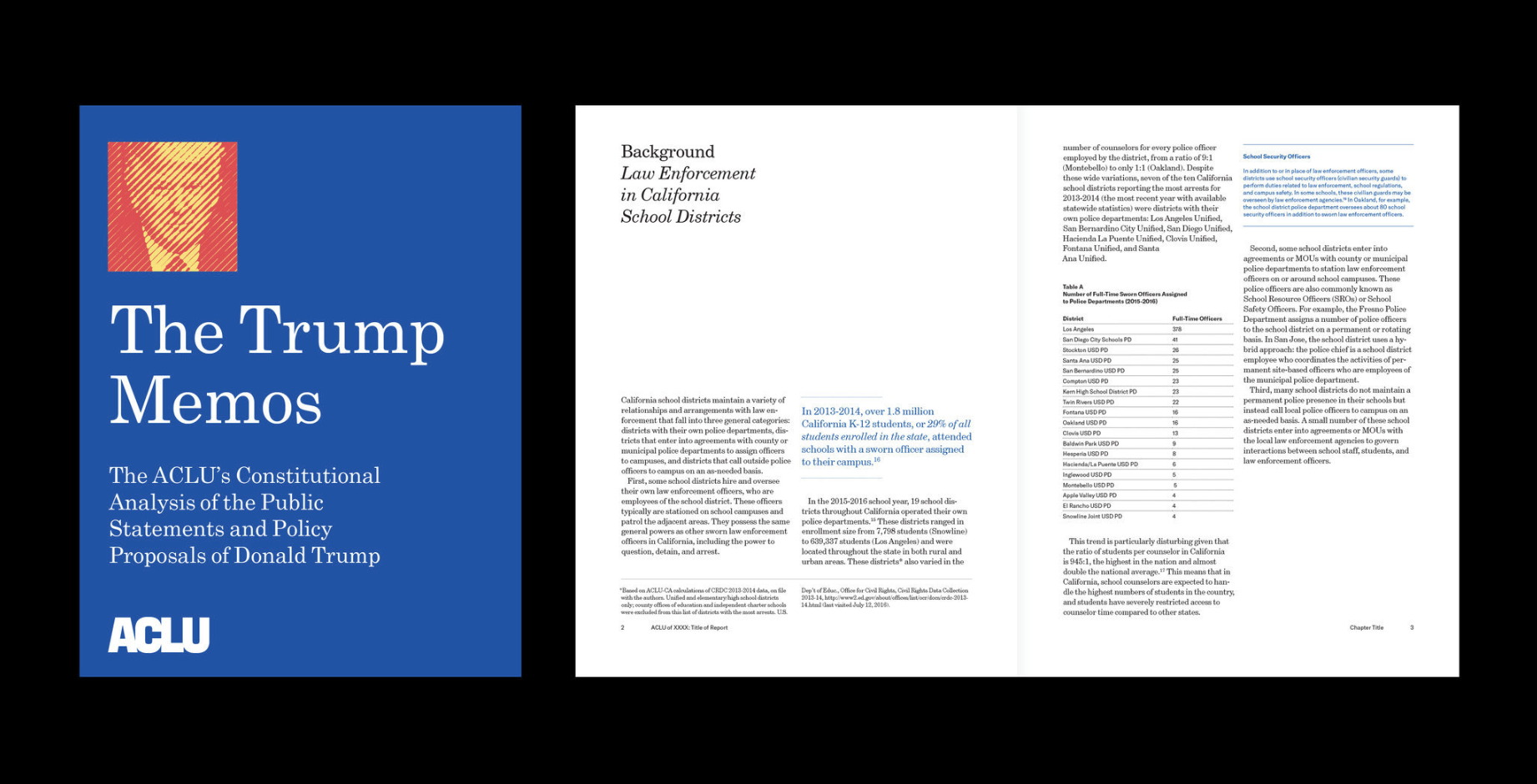 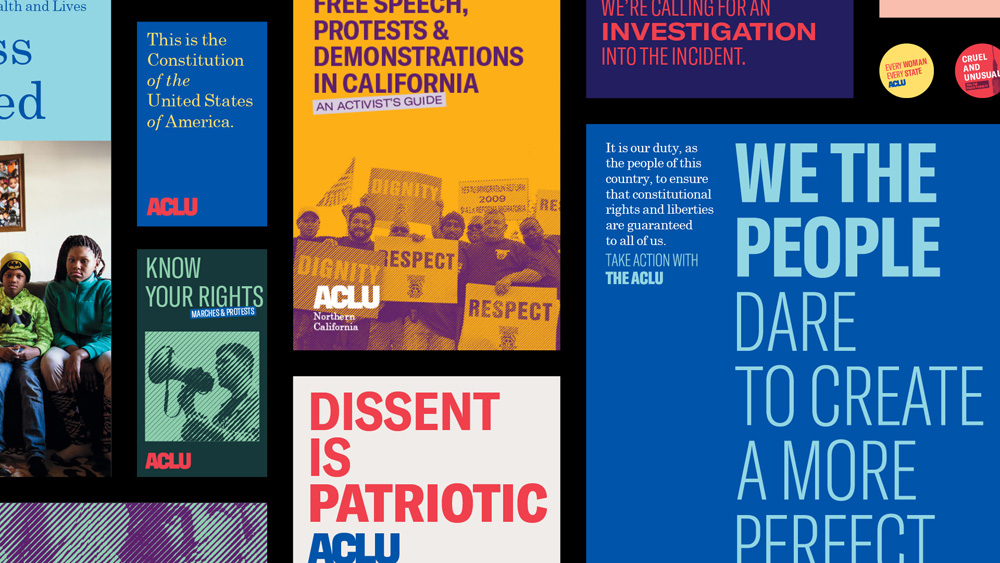 This brand represents a bolder ACLU that speaks to a future generation of change-makers. It is a brand that reassures that your donation is going to a strong organization that knows what’s up and is prepared to stand up to it. It’s a refreshing new identity that accepts the challenge with fists raised high.

For more of Julie’s spirited takes on branding, check out: