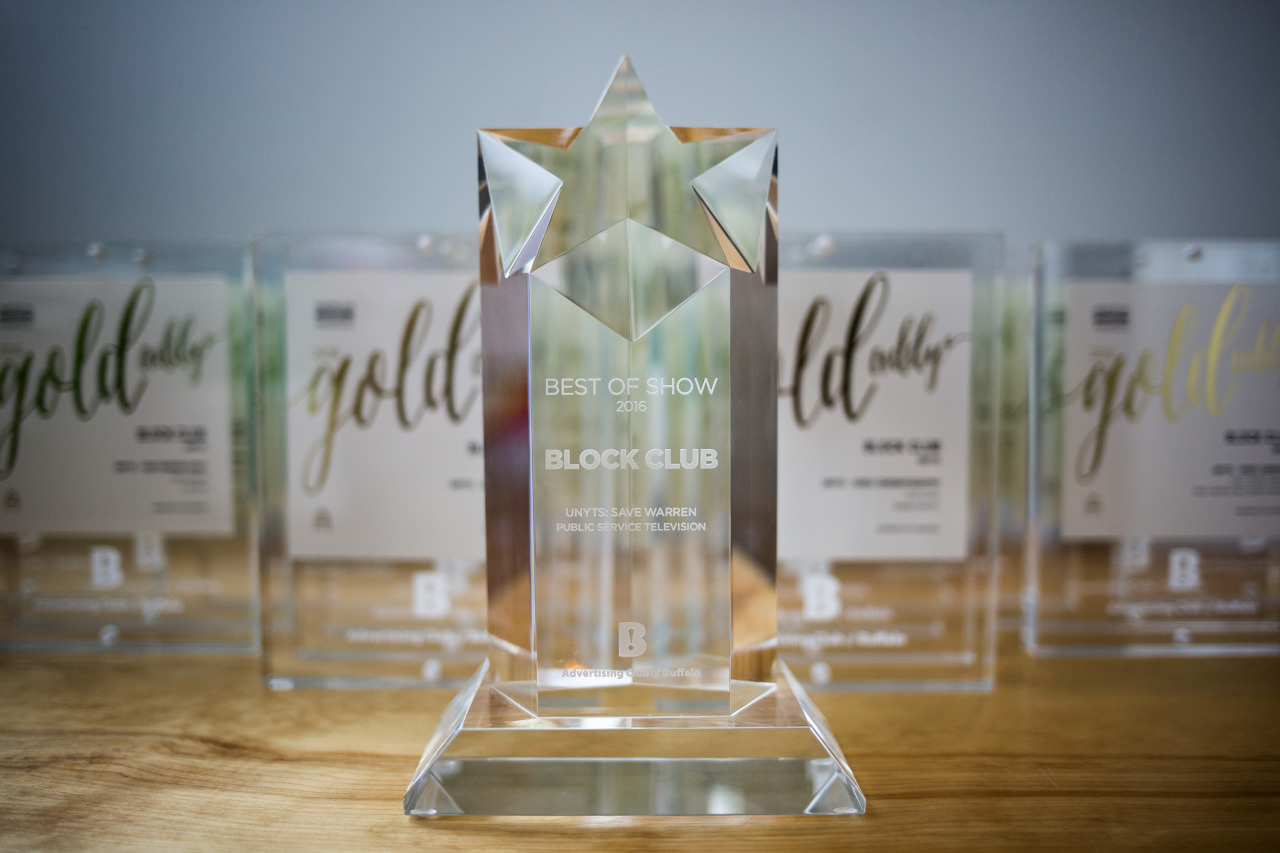 Block Club took home a total of 20 awards, including Best of Show, at the 2016 ADDY Awards Friday night. The annual ceremony honors the best in regional marketing, advertising and branding work, in a variety of media, including print, video/film/audio, billboard and digital.

Block Club earned 7 gold awards and 12 silver awards, plus the coveted Best of Show award, the year’s top honor. Six of our clients were represented, highlighting our continued work with hospitality, healthcare and progressive non-profit clients:

The Block Club team would like to thank all of our wonderful clients for their trust in our hands, and the Ad Club of Buffalo for these honors. Thank you!