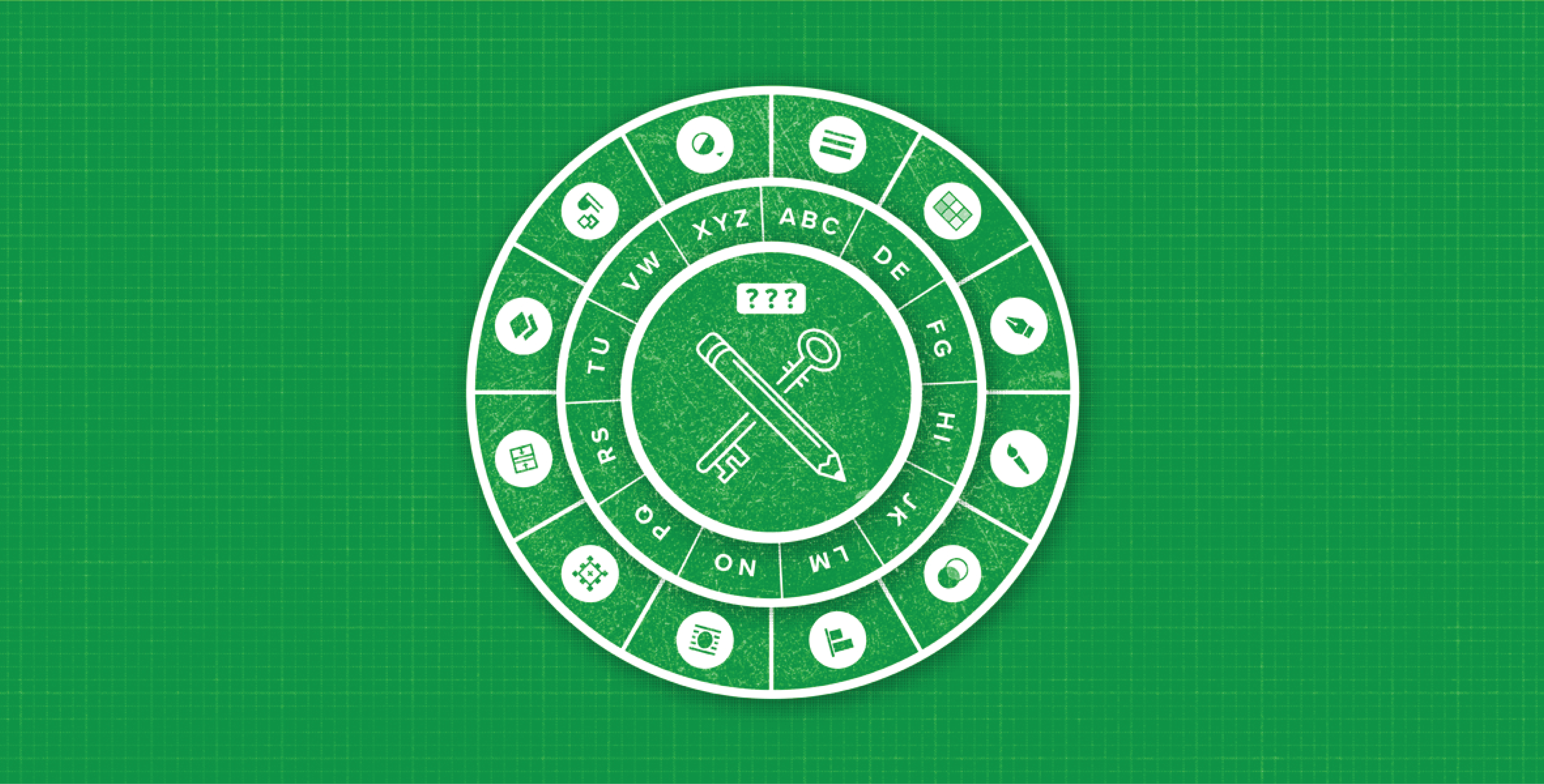 Creative Speak 101: How to Decode What Your Designer Is Saying

Sometimes, it can seem like clients and creatives are speaking two different languages. Creatives in the agency world live and breathe design jargon and spend days on end deep in the weeds of creative projects, while clients have enough on their plate as it is without having to worry about becoming experts in design and branding to boot.

While an agency’s client roster can come from a wide spectrum of completely different industries and sectors, making creative work is the industry that an agency deals in and so—like any other industry—there is a lexicon of terminology specific to it. To help bridge this communication gap, I’ve assembled a quick reference guide to some common design lingo and jargon which might be helpful in getting the creatives and non-creatives on the same artboard and speaking with a shared understanding when discussing creative work and agency deliverables.

Ascender: The part of a lowercase letter that rises above the main body of the letter (as in b, d, h).

Baseline: The imaginary line along which the bottom edge of most characters in a typeface is positioned, also known as the “reading line.”

Bleed: An additional margin included in the design of a printed piece that has ink coverage extending to the edge of the sheet with no margin. The bleed area extends beyond the finished size of the piece and must be trimmed off after printing.

Body Copy: The main text content of a design or layout, usually the smallest and most compact typographic design element.

Brand: The overarching look / style / tone / feel / attitude / philosophy of a business, organization, person, product, or service; the comprehensive way someone or something promotes itself.

Brandmark: A graphic element or illustration used within a brand identity.

Cap Height: The height of the uppercase letters within a typeface.

CSS: Cascading style sheets; a web programming language which describes how elements are displayed. The counterpart to HTML.

Descender: The portion of a lowercase letter that extends below the baseline (as in p, q, j, y).

Font: The mechanical set of letters used to reproduce a typeface; most commonly a digital file used by a software application, containing all the glyphs of a given typeface. Note: not the same as typeface.

Glyph: Any character or symbol that appears within a font or typographic design, inclusive of letters, numbers, punctuation, and special symbols (e.g., ©, •,△).

Headline: The largest and most prominent typographic element in a text hierarchy, usually a title or page heading, often abbreviated as HED.

Hex (Hexidecimal): A six-digit code used to identify a specific color in digital formats or on websites; usually seen following a hashtag as in #000000.

HTML: Hypertext markup language; a web programming language which forms the most basic building block of the internet. HTML defines the content and basic structure of a webpage.

Identity: The overall visual design of a brand; often referred to as “visual identity or “brand identity.”

Identity System: The complete collection of all visual and graphic elements used within a brand identity.

Leading: The vertical space between lines of text.

Lockup: A specific combination and arrangement of identity elements in a logo, such as wordmark, brandmark, tagline, etc.

Logo: A unique piece of artwork (symbol, type, design, etc.) adopted by a business, organization, person, or product as a representative, identifying mark.

Pixel: The smallest single component of a raster image; a single point of solid color displayed at a specific location within a raster image.

Orphans & Widows: Words at the beginning or end of a paragraph that are left dangling at the top or bottom of a column or page, separated from the rest of the paragraph.

Rags: The irregular or uneven vertical edge of a block of type. For example, left-aligned, non-justified type is referred to as “ragged right.”

Raster Image: A digital image that is comprised of pixels, e.g., a jpeg. Photography is always saved in raster-based image formats.

Responsive Design: A dynamic approach to web design that accounts for varying screen sizes, such as mobile devices, tablets, and desktop PCs.

Rivers: Improper gaps of white space appearing between words in a paragraph of justified text.

Sans Serif: A typeface without serifs (eg: Helvetica). Sans serif type is more legible in headings than in a long passage of text.

Serif: Small, finishing strokes on the arms, stems, and tails of characters. Serif typefaces are usually used for long passages of text since the serifs form a link between letters that leads the eye across lines of type.

Small Caps: Capital letters that are the same (or nearly the same) height as the typeface’s x-height used in place of lower case letters.

Spot Color: A very specific ink color—usually a brand color with a Pantone value—used in a professional print application.

Stroke: An outline around a shape and/or the thickness of a line.

Title Case: Capitalized first letters of all principal words in a line of text, as in the title of a book.

Tracking: The overall/average spacing between individual letters in a section of text.

Typeface: A uniquely designed set of characters (e.g., Helvetica and Futura). Note: not the same as font.

UX: User experience—an end user’s total cumulative experience when interacting with a system (i.e., a website or app). UX design includes content strategy, information architecture, and interface design among other considerations to enhance the utility of the system.

UI: User interface—the visual and interactive elements of a system (i.e., a website or app). UI design is intended to maximize usability and improve the user experience.

Usability: A quality attribute that assesses how easy or intuitive interfaces are to use and understand.

Vector Graphic: A digital image that can be made larger or smaller without any loss in quality (e.g., .ai and .eps files). A piece of graphic art that is an expression of mathematical data; lines and curves defined by mathematical objects that describe an image according to its geometric characteristics.

Weight: A measurement of the thickness of letters within a typeface (e.g., thin, light, book, demi, semibold, bold, black, etc.).

Wordmark: The typographical design of words used within a brand identity.

X-Height: The vertical height of lowercase letters such as “x” that do not have ascenders or descenders. The lowercase ‘x’ is used for measuring a typeface’s x-height since it usually sits squarely on the baseline.