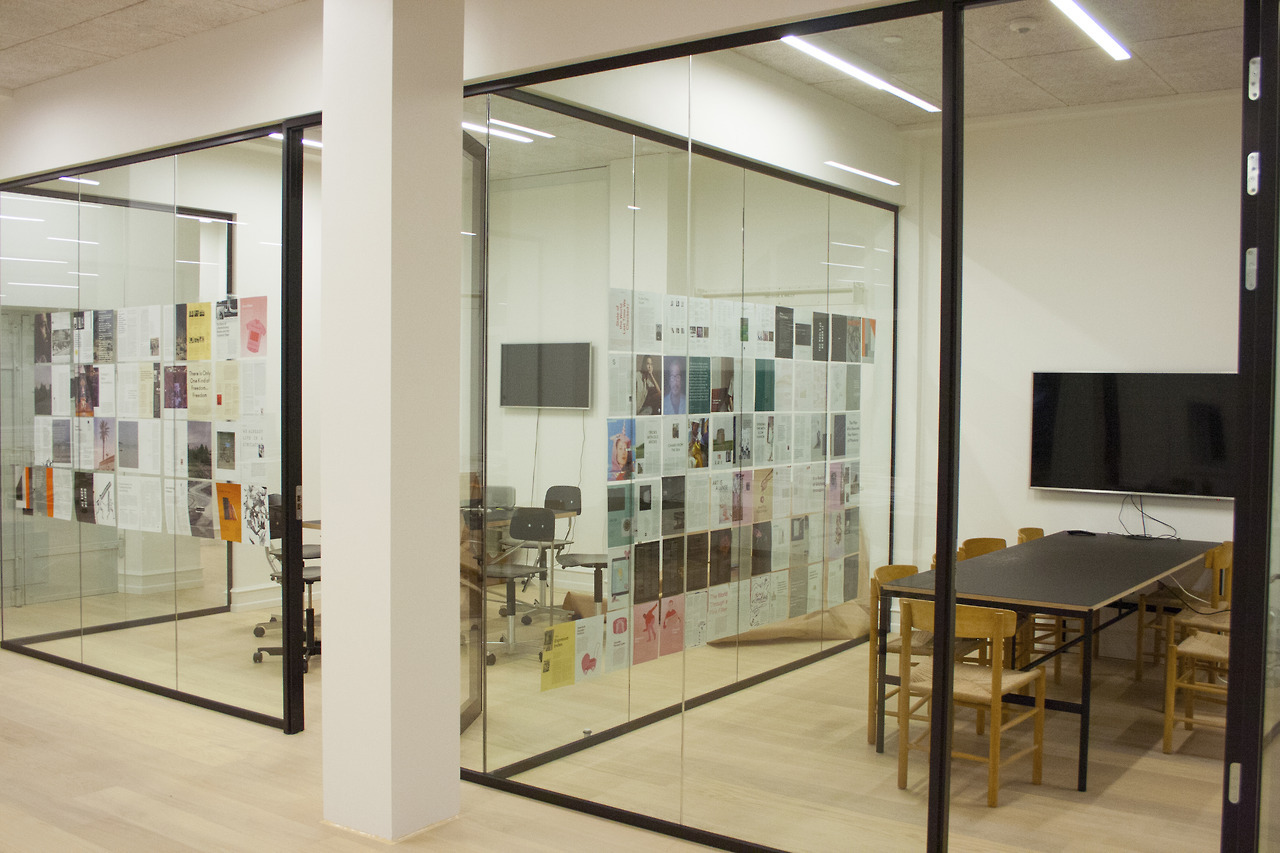 A major cornerstone of Block Club’s signature Residency Program—which, at present, has brought me to Copenhagen for over a month of learning and exploration—is making connections with other creative agencies and studios. In addition to my general, sponge-like appreciation of the ambient culture here, I’ve also made a few more pointed attempts at professionally relevant learning by visiting other agencies, both similar and dissimilar to Block Club, to see what makes them tick, how they do things, and to get a general sense of how our industry functions on this part of the globe.

I’ve been lucky enough to have found a number of kind and generous Danes willing to open their doors to a traveling designer such as myself, to talk shop and show me around their work spaces. These experiences have been as rewarding and eye-opening for me professionally as anything else I’ve done here. Upon my return to Buffalo, I’ll digest my notes on these conservations and share my takeaways in greater detail with my team at Block Club, but for now, a few highlights:

The Danish people pay some of the highest taxes in the world, and in return the Danish government provides an extraordinary amount of services for its citizens, from healthcare to education to pensions and everything in between. And they do it with the utmost standard of quality. Logically then, when it comes to business, the public sector is a huge market. One agency has made their name (literally) by servicing these unique communication and marketing needs over their three decades in business—you guessed it, Public.

The CEO and creative director, Søren and Morten, respectively, met with me in their office nearby in Vesterbro and showed me around the vibrant and bustling building that contains it; a large coworking space called Soho, shared by multiple agencies, studios, and startups. Everything about Soho is creative and intended to foster collaboration between its tenants, and everything was creatively decorated with a fun and trendy style that was full of life (literally).

Over lunch, we discussed Public’s history and how they’ve restructured their team and approach over their many years in business to arrive at their current streamlined form, drawing on a network of specialists to complete projects with varying needs. We discussed Block Club and Public’s shared interest and history in public service communication and messaging. We discussed the nature of brand strategy and the challenges that an agency faces in their role as a consultant; when to push for change and when to work to find solutions for existing problems.

Søren and Morten were lovely people and great ambassadors for a new arrival in Denmark.

Here comes Trouble. The next visit of my trip brought me in an entirely different direction—to a new, young agency stacked with talent and lead by passionate idealists seeking to break the mold and make a new system all their own. Happy to play the role of Copenhagen’s enfant terrible, the name Trouble seems rather apt.

I visited their bright, spacious new headquarters in the heart of the historic and heavily trafficked city center on a Friday near the end of their workday to share some wine and conversation with Jón, a designer, and Marcus, the design director and a founding partner. (As well as some pets with cute office dog Flambé).

Trouble was founded by designers who broke away from larger, established agencies in Copenhagen, seeking to erase some of the frustrations they found with the current industry status quo and establish a more logical and collaborative system for themselves and their clients. A tall order in and of itself, but furthermore they didn’t want to limit their considerable talent and expertise to just solving problems brought to them by their clients; they wanted to use their own voice to add to the global conversation about our changing world. And so, in quite the reverse trajectory of Block Club, they have just published a magazine called Mayday.

Mayday, Issue #1, is a gorgeous 100+ page collection of articles and writings confronting issues we all face as citizens of a modern, technological world. Across its curated texts and interspersed artwork, the magazine discusses the unstable and unpredictable times we live in with regard to economics, climate, politics, and culture, and the role technology has to play in it all. Most importantly, according to Marcus and Jon, is that it aims to start a conversation around what to do about it, rather than continue to play the role of the enlightened but passive observer in troubling times.