Promoting PrEP, a breakthrough in healthcare

A daily pill for HIV prevention.

Evergreen Health, a comprehensive health services organization that serves marginalized populations, came to Block Club to help them promote the groundbreaking pill known as PrEP, which is taken daily for HIV prevention. Our task was to build a campaign strategy that would appeal to and educate all audiences, with special attention paid to MSM—men who have sex with men—of color; as these individuals might not identify as “gay,” messaging needed to educate with sensitivity and precision.

Block Club developed a campaign that balanced this crucial message with playful innuendo and education, the goal being to position PrEP as an easy solution that is not to be feared, but understood, embraced and taken on a daily basis. Illustrations employ a bright color palette, and are set against black, with bold white accents; they depict casual interactions that connote healthy, intimate invitations. Print ads, billboard and bus shelters and wraps were placed strategically throughout the City of Buffalo to reach primary target audiences. Finally, we developed a website and animated video to serve as a resource for those looking to learn more about PrEP, directing them to Evergreen as their trusted resource. The campaign was a success; in the first year of the campaign, the number of Evergreen patients taking PrEP increased by 300 percent. 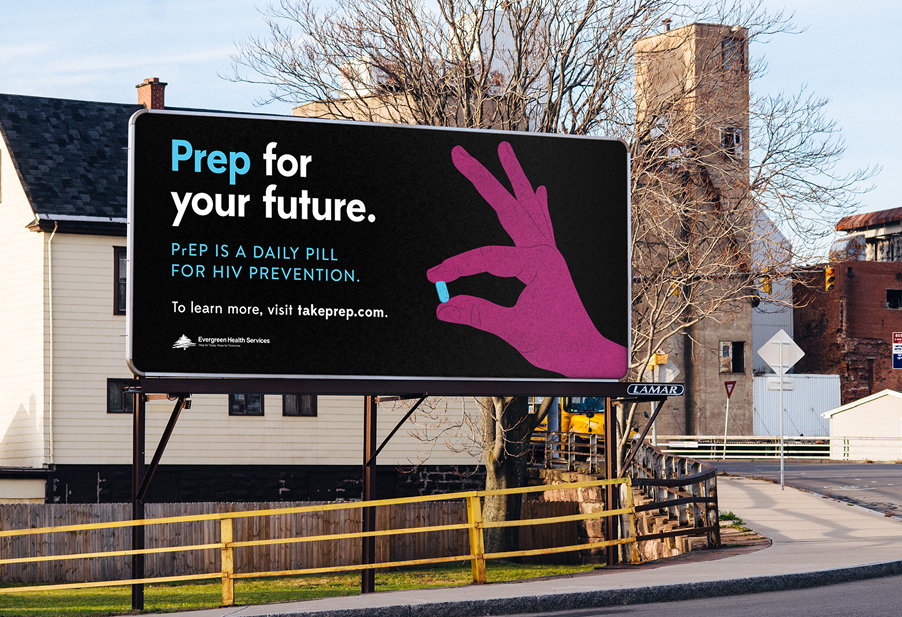 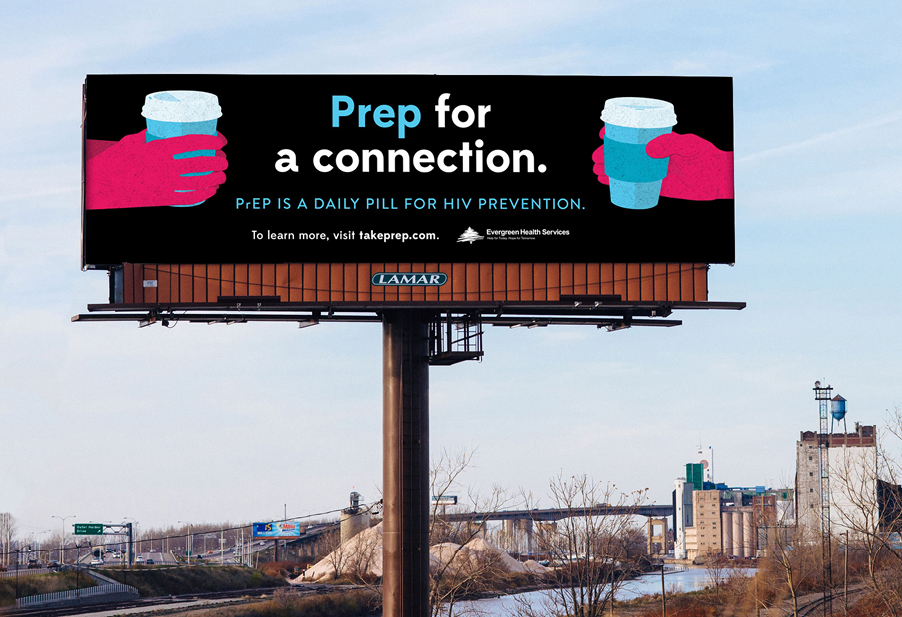 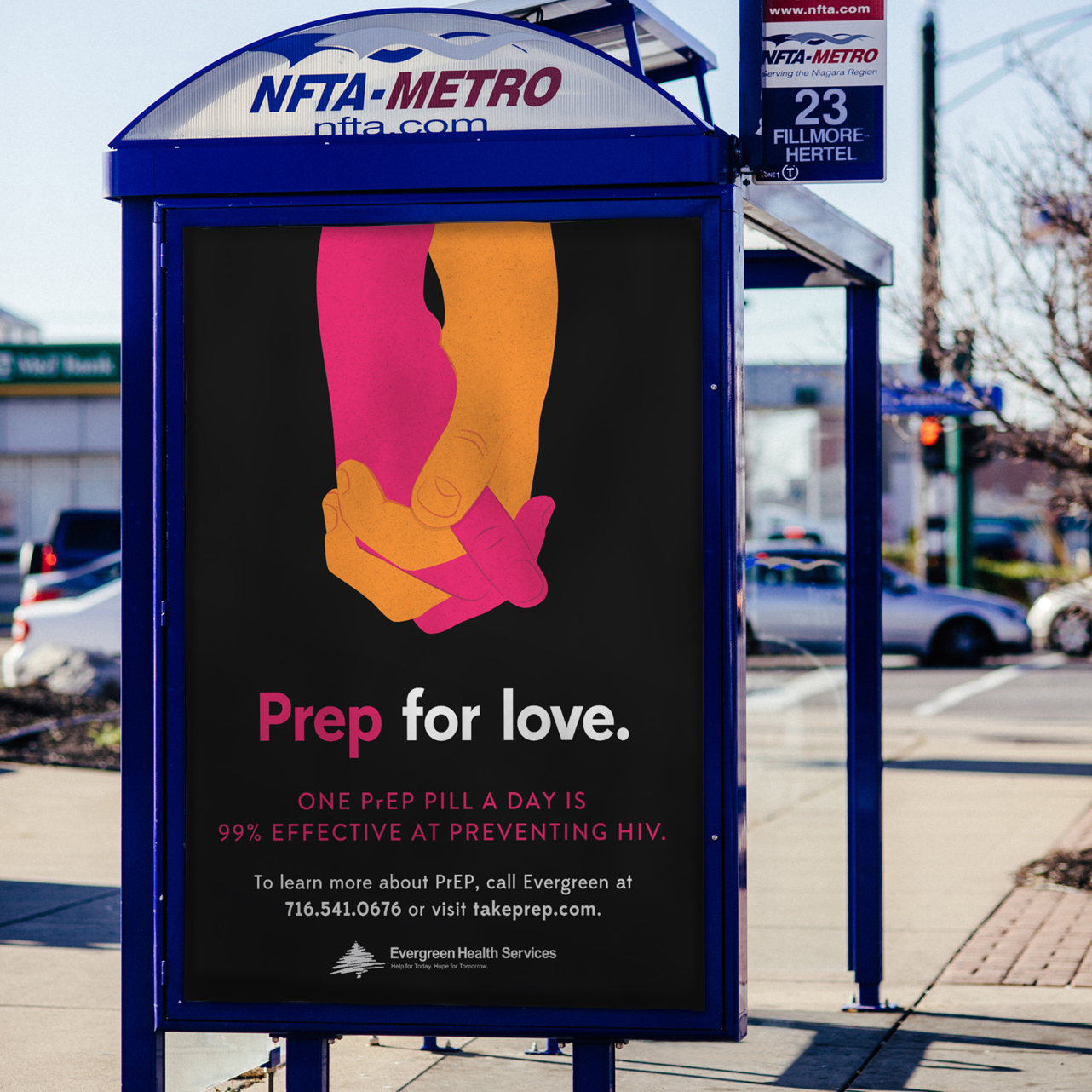 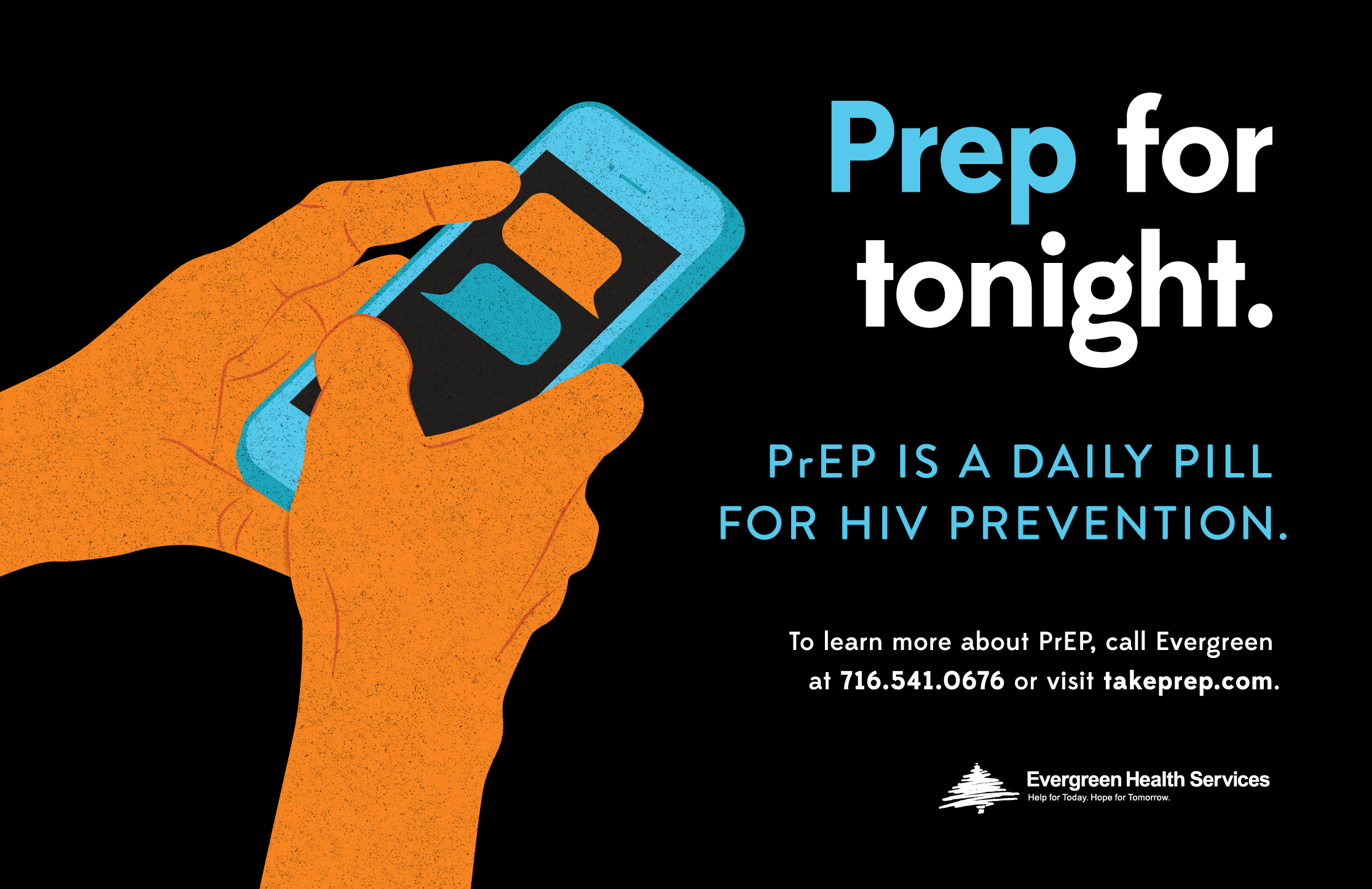 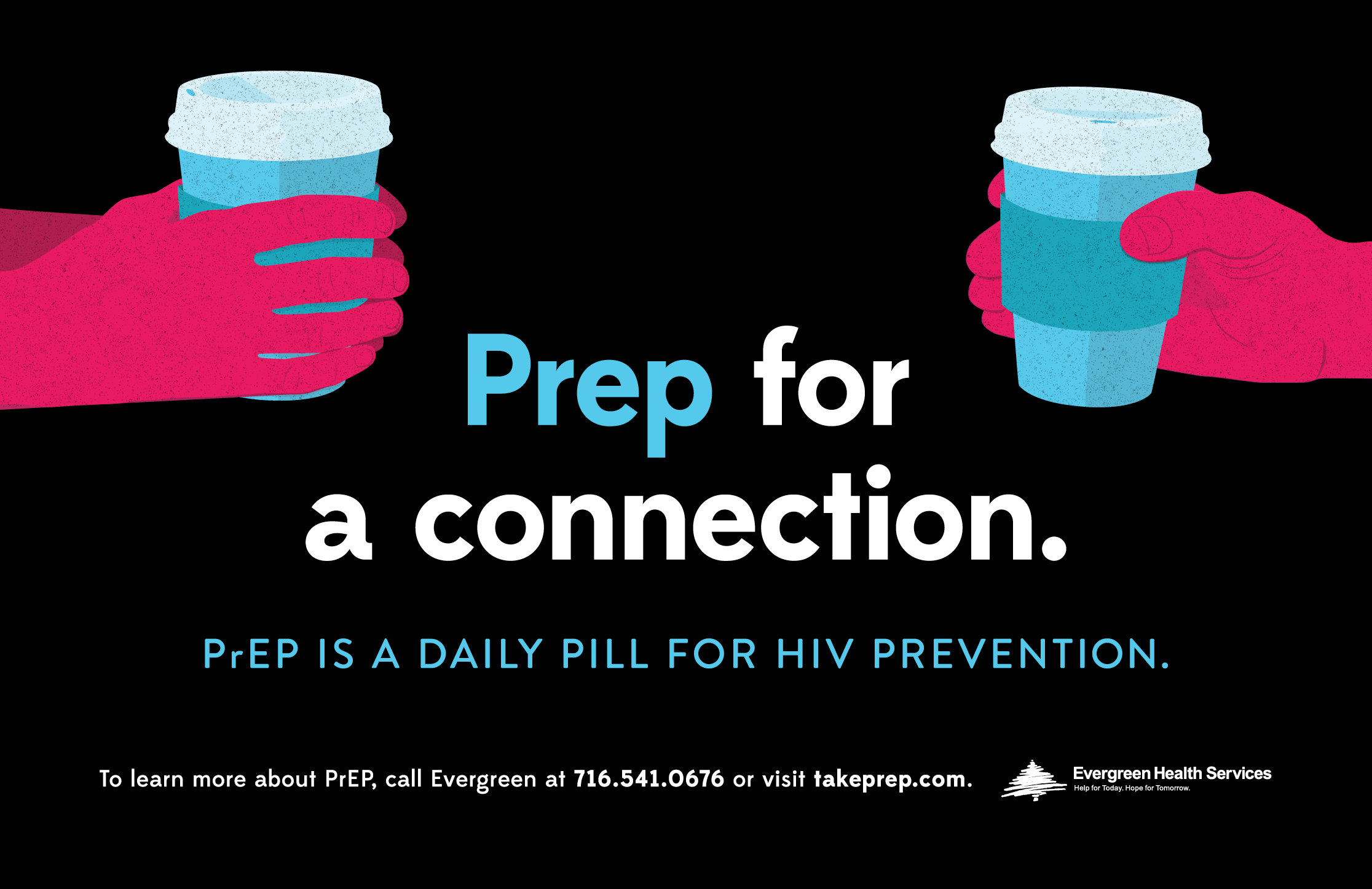 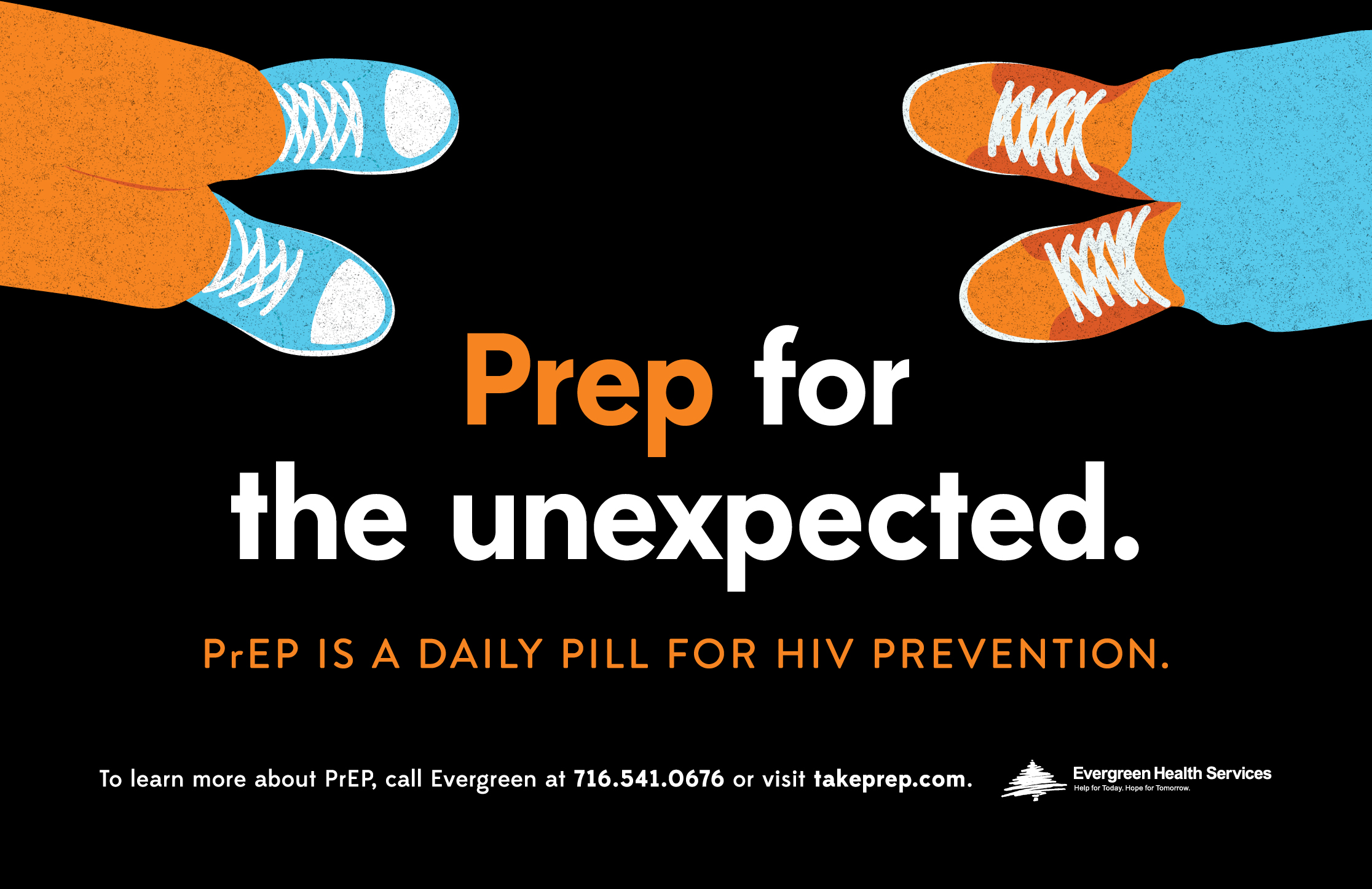