A fresh brand identity for a reinvented landmark 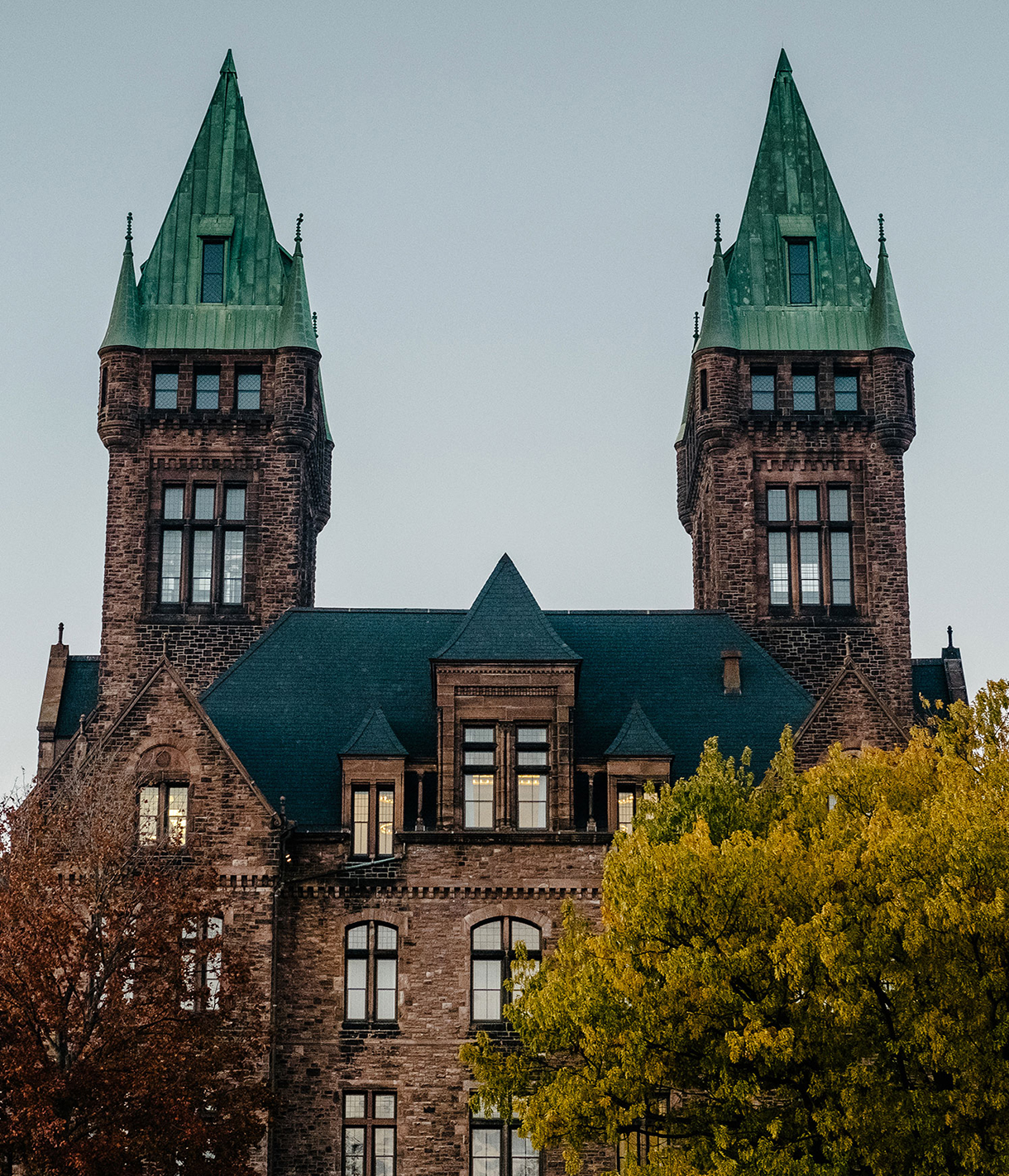 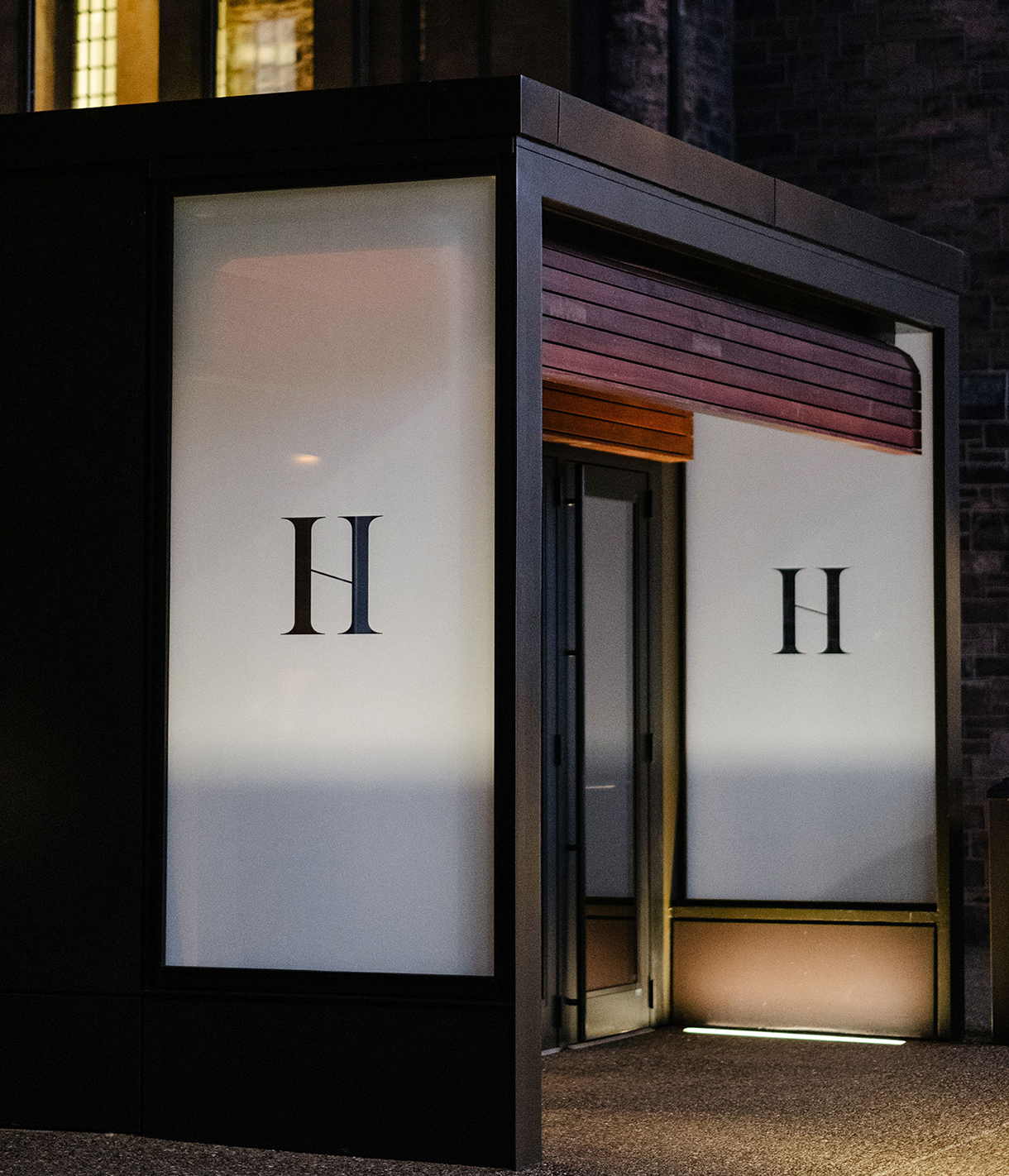 After decades of neglect, a shuttered 19th century Buffalo landmark was re-envisioned as an innovative hotel and conference center. With generations of public perception and the property’s enduring significance to consider, the hotel operators partnered with Block Club to marry the past with the future and help signal a new day for historical tourism.

The Richardson Olmsted Campus, designed by Henry Hobson Richardson and Frederick Law Olmsted, is one of the most beloved buildings and properties in Buffalo—not to mention an American architectural treasure. Constructed nearly 150 years ago on what is now the SUNY Buffalo State campus, across from the world-renowned Albright-Knox Art Gallery and sprawling Delaware Park, it is a cornerstone of Buffalo’s urban landscape.

But the campus, which originally served as a state psychiatric hospital, was eventually abandoned and fell into decades of neglect. Behind vined fences and broken windows, a gem stood waiting to be reborn.

Block Club was tasked with the creation and rollout of two innovative and inspirational brands—one for the hotel/conference center and one for the restaurant—fit to honor an architectural landmark and usher in a new day in Buffalo’s post-industrial redevelopment. 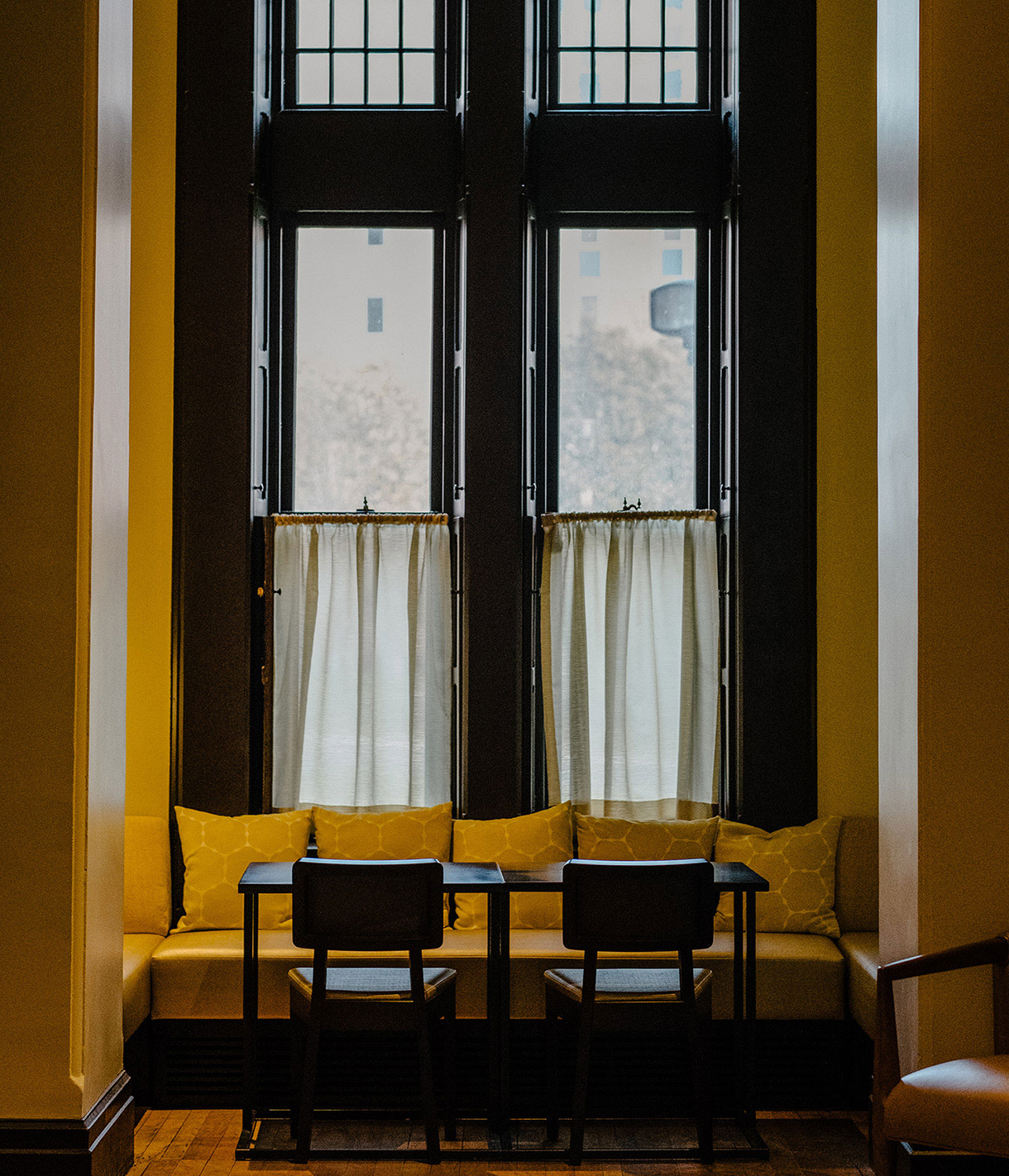 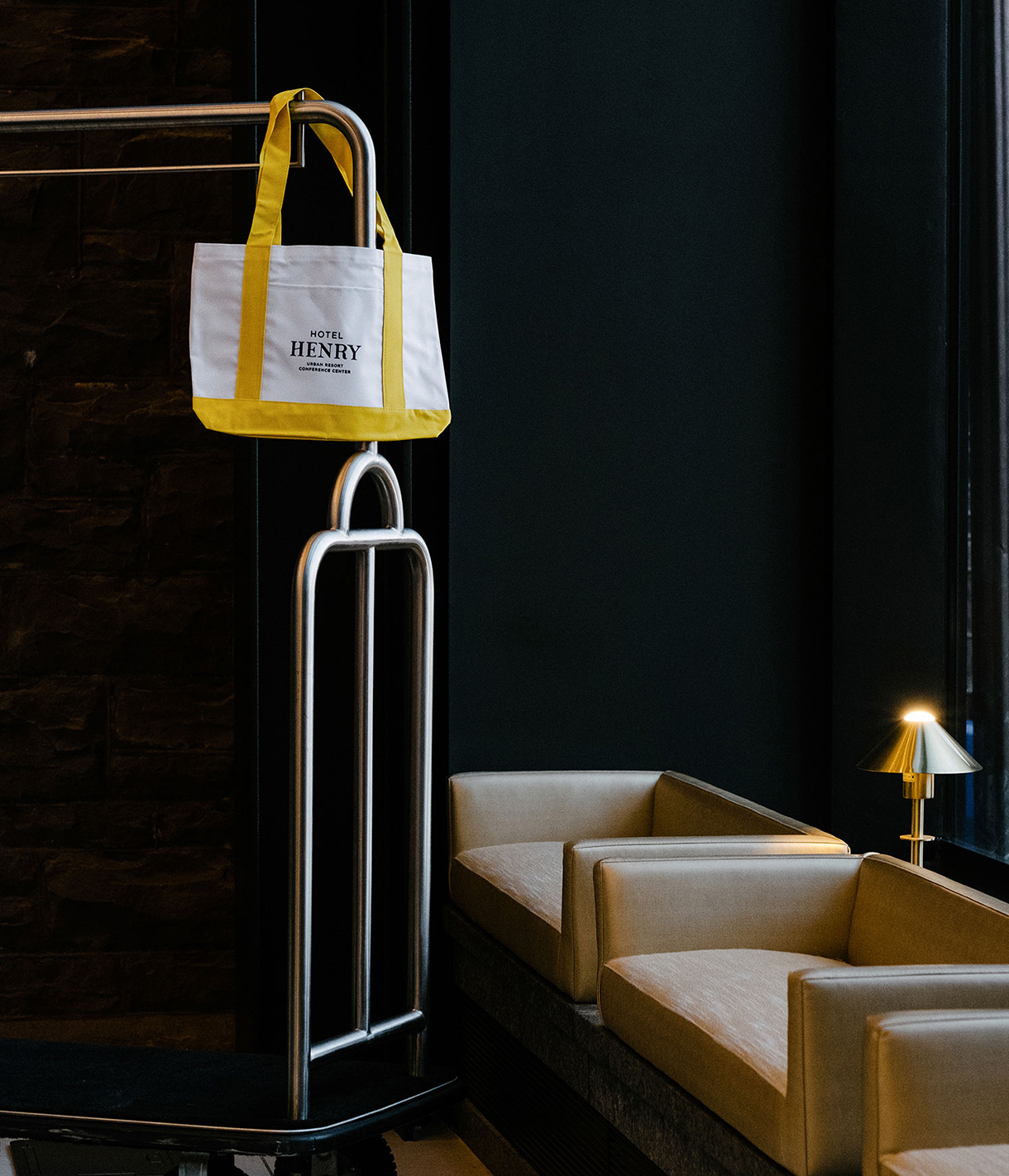 To execute the two brands, Block Club conducted extensive market research to gauge public perception of the building’s personality, legacy, and curbside appeal. We visited highly trafficked public spaces, including popular recreation sites and area farmers markets, to target likely future visitors of the hotel’s amenities and restaurant. This would prove essential to understanding how the branding would ultimately speak to the promise of local re-energization the hotel operators were looking for. Our team also visited and researched influential hotels and hospitality concepts around the country to study emerging trends in identity design and branded guest experiences.

In our positioning of the brand, we focused on the building’s architectural legacy and cultural significance rather than its origins in healthcare. We also prioritized the resort’s offerings such as its location within the popular Elmwood Village neighborhood, the conference center’s cutting-edge technology, and the property’s roots as a self-sustaining campus.

To arrive at names for both the hotel/conference center and restaurant, we explored a number of themes and directions. Ideation sessions manifested dozens of categories of keywords, terms, phrases, colloquialisms, and historical references. The name that resulted, Hotel Henry, pays homage to the building’s architect and features both a nod to naming trends and the H.H. syntax of Richardson’s name. Meanwhile, the name’s descriptor—Urban Resort & Conference Center—suggests a new kind of modern urban hotel concept, marrying the campus’s serene, pastoral grounds with the bustling city neighborhood that surrounds it. 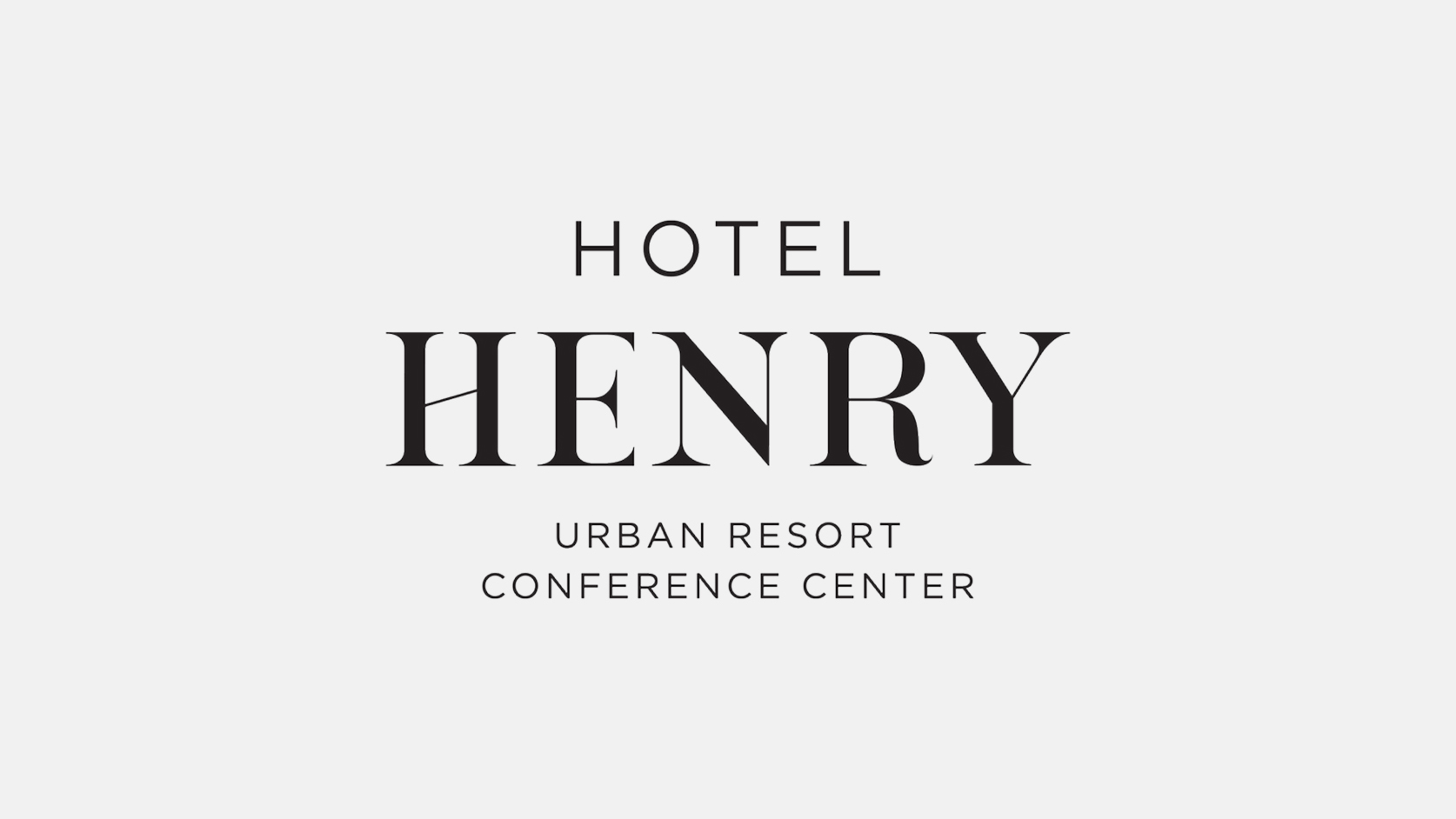 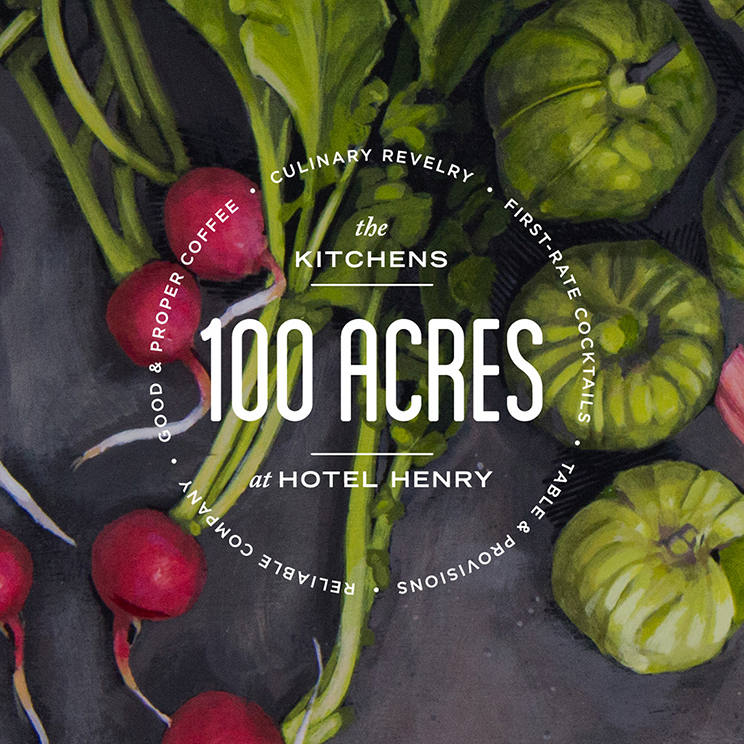 The hotel and conference center’s visual identity straddles the same line between classic and current. It features custom modern serif lettering countered with a light, crisp sans serif supporting typeface. The diagonal crossbar in the signature H speaks to the building’s cornerstone towers, the most widely recognized element of its edifice. The identity’s clean lines, comforting character, and simple sophistication is felt in both the custom lettering and refreshing yellow accent.

For 100 Acres, we developed a visual brand identity fit to serve as an attractor for guests and locals alike. Original artwork by local painter Jason Seeley, portraying the fresh produce and natural ingredients that characterized the restaurant’s farm-to-table cuisine, adorn the menus, website, and other print and digital pieces.

We also developed print collateral for use throughout the hotel/conference center as well as for marketing efforts. To inform interior design decisions, we collaborated with New York City-based Deborah Berke Partners, bringing the brand to life throughout the physical space. 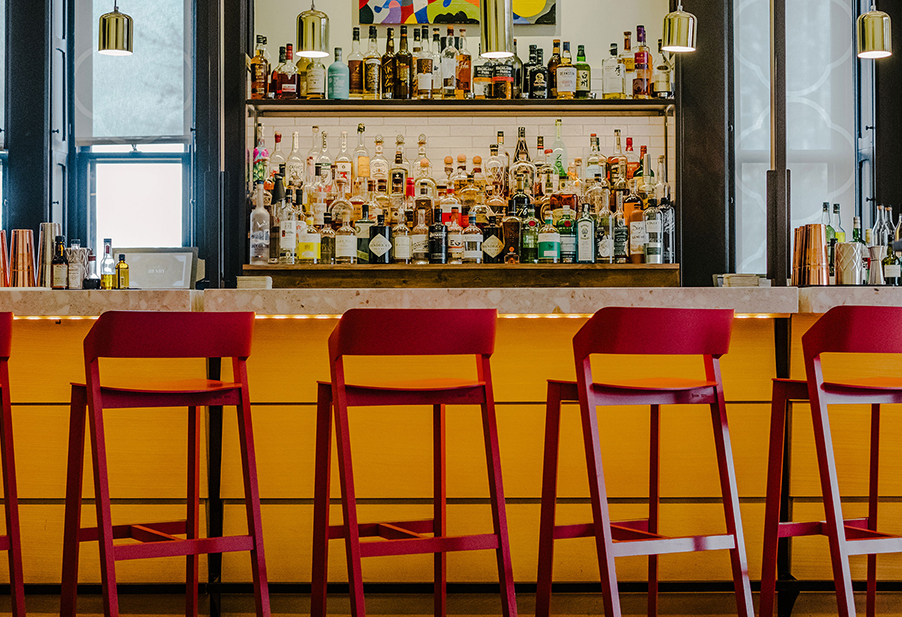 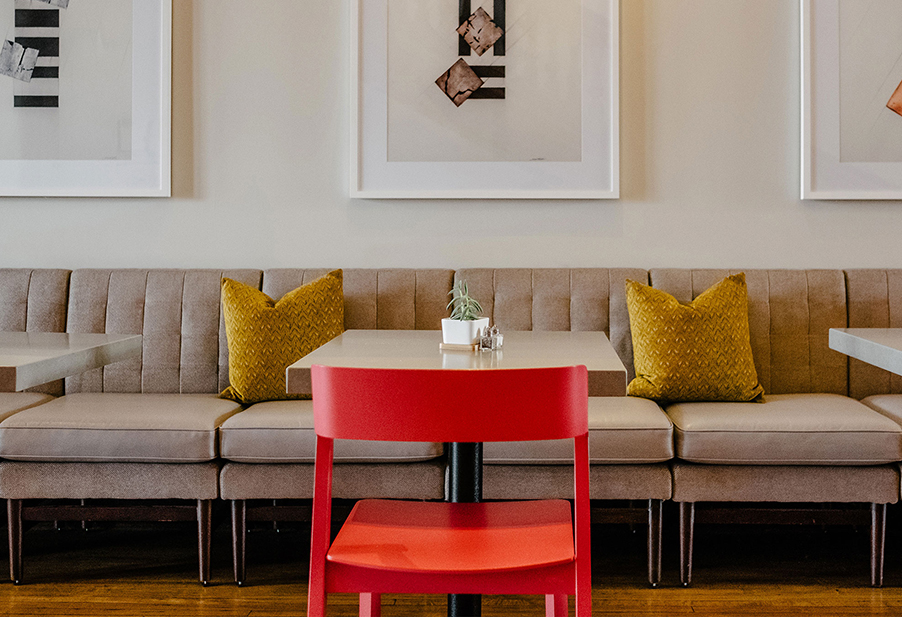 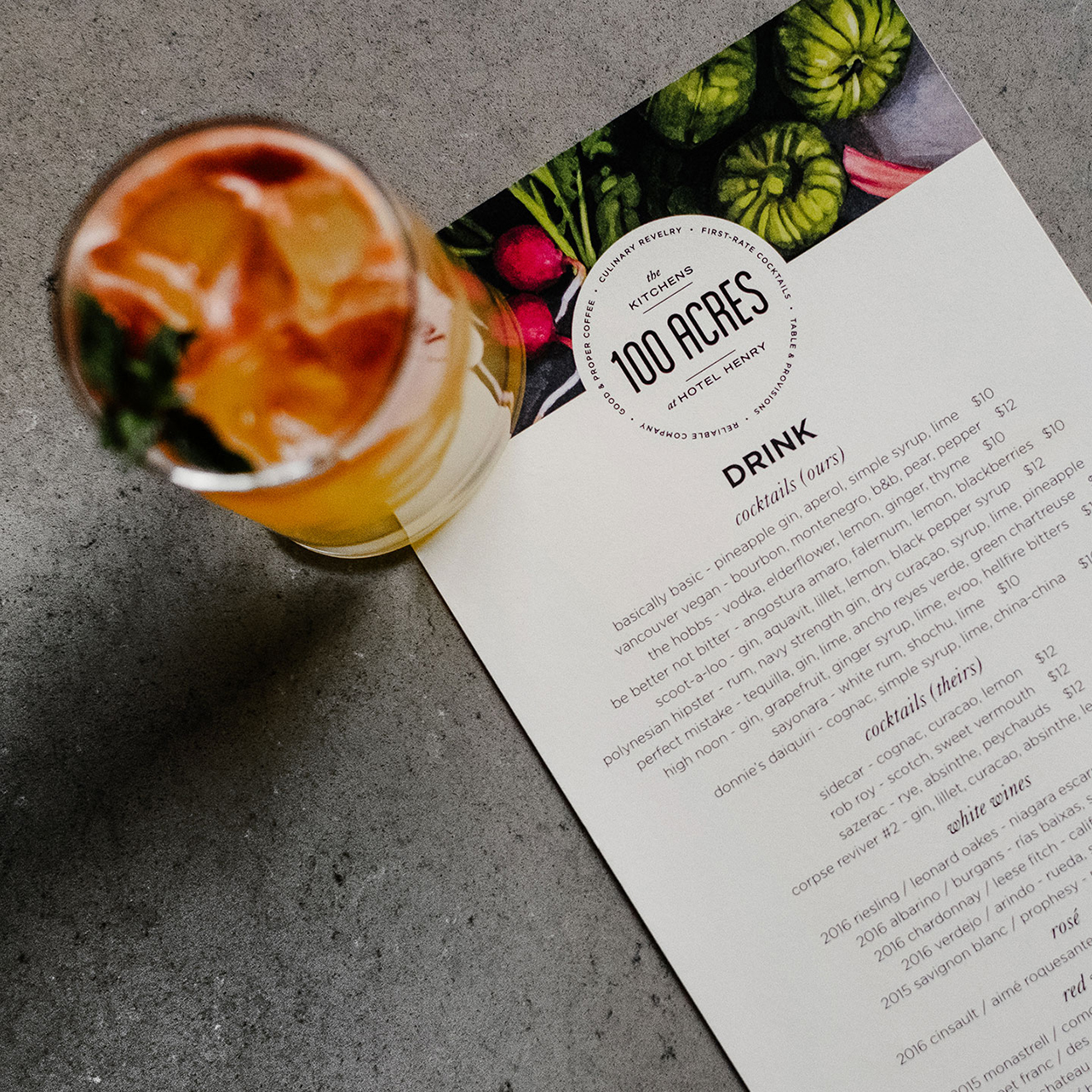 A brand introduction campaign included media outreach, an animated video, and a website to unveil the brand and feed the public’s enduring interest in this headline-making redevelopment. Brand standards for both the hotel/conference center and restaurant were developed to guide the client’s internal marketing team on daily implementation, helping to ensure consistent implementation throughout the lives of the brands.

After decades of blight and years of budding anticipation for the Richardson Olmsted Complex’s rebirth, the doors of Hotel Henry and 100 Acres opened to fanfare and excitement.  In no time, Hotel Henry’s grounds, dining rooms, bars, cafés, and art-filled hallways were consistently full of happy faces, excited locals, and impressed tourists. TIME even named Hotel Henry one of the World’s Greatest Places 2018.

Most importantly, Hotel Henry’s operators relied on the brand standards we created for them to guide their short- and long-term brand decisions. As a testament to the value they place on the work we did, they even returned to Block Club to refresh the brand of their sister hotel, The Mansion on Delaware.

*Due to the impact of Covid-19 on the hospitality industry, Hotel Henry closed its doors in 2021.