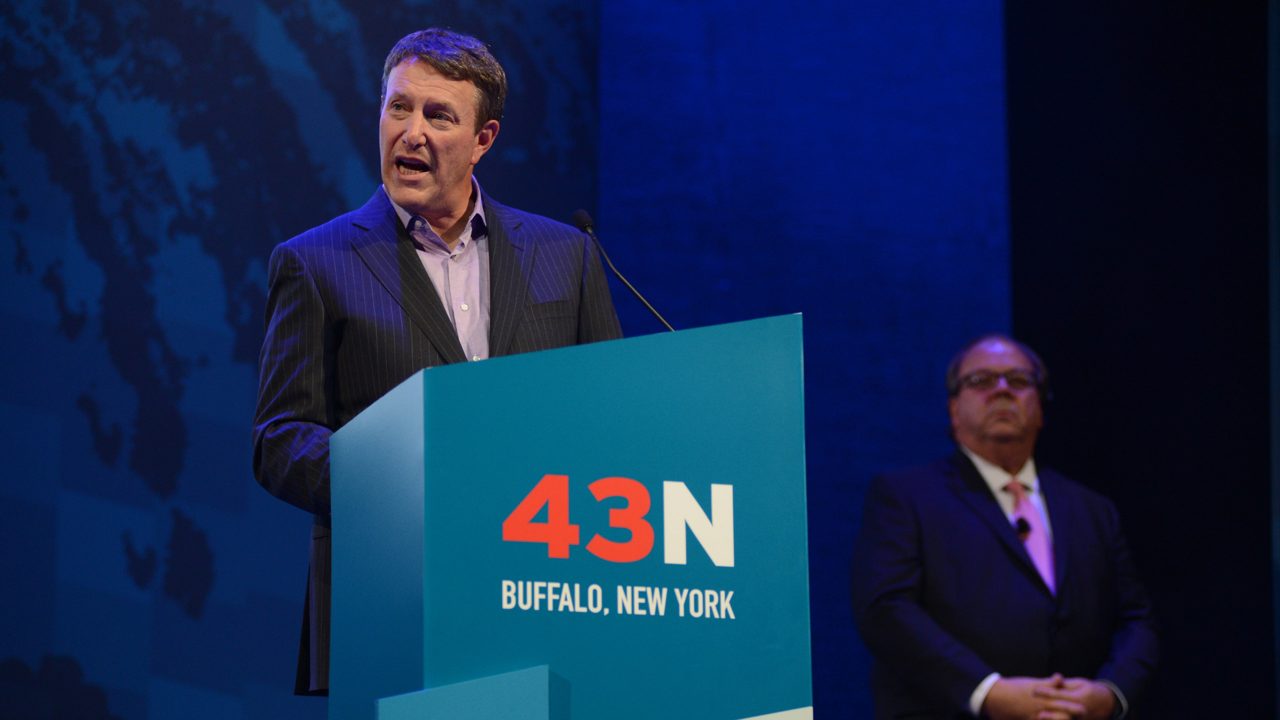 While nine lucky companies bask in the glow of winning $5 million in investments from 43North, the world’s largest business idea competition, we thought it would be a good time to revisit where the name 43North came from.

What Does 43North Mean, Anyway?

Way back in 2014, New York State Governor Andrew Cuomo announced plans for the world’s largest business idea competition, to be held in the City of Buffalo as part of the Buffalo Billion initiative. The competition would give out $5 million in cash investments each year to the best and brightest entrepreneurs and startups from around the globe – with the caveat that they plant roots in Buffalo.

At the time, the competition was just an idea, and it was met with a lot of skepticism. Nonetheless, a team of agencies was assembled to help launch the first event, and Block Club was tasked with branding the then-unnamed competition to attract talent from around the world.

Block Club developed a name that embraced the city’s resurgence as a player on the global field: 43North – a nod to Buffalo’s latitudinal coordinates and its physical place within the global ecosystem. With bright colors alluding to the official bird of New York State, the 43North identity expresses the project’s economic significance for the entire state, while strong, sharp letterforms ensure the identity will remain distinctive for years to come. As a city, our latitudinal coordinates connect us to the rest of the world, and attracting the best and brightest from around the world to Buffalo is what 43North is all about.

Learn More About Our Work With 43North

Congrats to all of the 2018 winners! Most importantly, welcome to Buffalo!